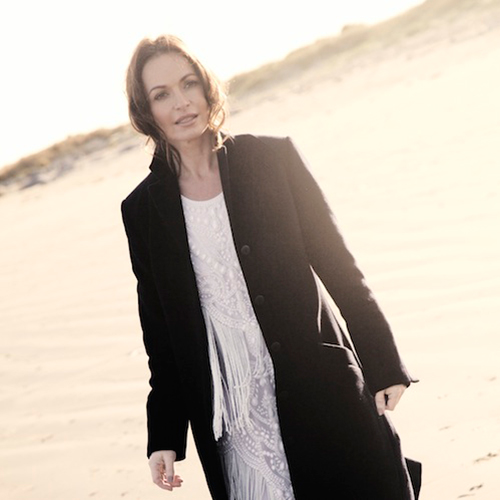 Listen to the album, The Same Sun :

As perhaps the most subtle song on Sharon Corr’s upcoming album ‘The Same Sun,’ Full Circle is the perfect representation of how the former-Corrs driving force has come into her own. Expressing joy and elation for her current life, the song merges major key vocal melodies and delicate instrumentation, with a refreshingly natural outcome.

Following last single Take a Minute (which was play listed on BBC Radio 2 for over a month), the track is an organic entity, conjuring memories of the golden age of song writing – in the 60s and 70s – where musical creativity was never artificially tampered with. There are no embellishments, no tricks, nothing fake. Full Circle is as real as it gets.

Sharon has stated that the inspiration for the song materialized backstage at an 18 hour taping for The Voice of Ireland. “I wanted to write a song about coming full circle. I feel that I have come full circle in life, but have ended up on the other side of the circle with so much more.”

The effort that has been poured into ‘The Same Sun’ is clear from start to finish. The album is – in fact – the product of a two-year-long writing and recording process, that has been described by Acoustic magazine as ‘certainly post-Corrs, far more Dusty [Springfield] than Diddly,’ as just a ‘beehive hairdo away from prime Dionne Warwick,’ and with ‘echoes of Karen Carpenter’. Full Circle is one of the best examples of how Sharon can craft these diverse, yet prestigious reference points and influences into something new, yet also timeless.

Meticulously produced by the legendary Mitchell Froom (Crowded House, Pearl Jam, Sheryl Crow), Sharon’s upcoming album ‘The Same Sun’ retains a completely stripped-back, clean and organic sound. These are all qualities at the forefront of Full Circle’s positive aura and honesty, injecting the track with a pop sensibility – courtesy of co-writer Don Mescall – and an infectious hook that manages to be both completely relatable and 100% distinctly ‘Sharon’.

Even though she’s well known as a gifted multi-instrumentalist (with talents on the piano and her signature violin), the process of Sharon going solo has helped develop her skills further than ever before. The singer described this process as a metamorphosis, stepping forward to inhabit the front of the stage, “It took a bit of time,” she said. “My first gig as a solo artist was the Isle of Wight festival. Total palpitations. But once I was up there… I came alive. I felt totally and utterly myself.”

More than anything, ‘Full Circle’, and ‘The Same Sun’ are proof that this process is now complete.