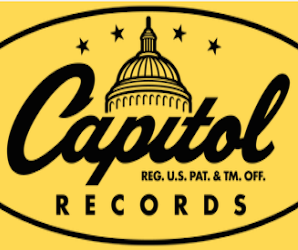 2015 is off to a great start for Dublin singer songwriter Gavin James, he just signed a major American record deal with Capital Records USA. His “Live At Whelans” album which reach No.1 on iTunes in Ireland on release in December is now available worldwide. The album features James performing in the stripped-back environment of a rapturously received hometown show. in addition his biggest headline show to date at the Olympia on 20th March is now Sold Out (making him the first artist to sell out the Olympia without releasing a studio album!).

James started playing guitar at the age of eight and comes from a family with a rich musical heritage – both of his maternal great grandparents were famous Irish Opera singers. He has already won the Choice Music Prize for Song of the Year. Say Hello, James’ Irish debut EP, charted for more than six months, leading to a string of sold-out headline dates and supporting tours with such artists as Lianne La Havas, Beth Orton, Kodaline and Marina & The Diamonds, James Blunt, Ingrid Michaelson. Clash has praised him as “tender, emotional…no mean talent” and Hotpress noted, “The fresh-faced soul machine possesses the power to hush a room.”

Gavin will play Eurosonic on 16th in the Netherlands where just this week, his soulful cover of The Magnetic Fields’ “The Book of Love,” is getting massive radio airplay and has hit #1 on Shazam in Holland and his album is charting at No.4. Later this month Gavin return to the US for a series of live dates in the run up the Grammys.